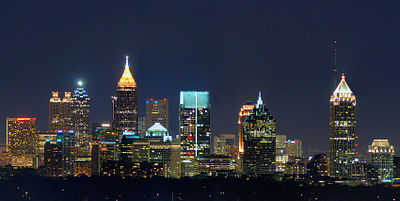 Along with assorted others from Durham’s Department of Theology and
Religion, I recently attended the 2015 American Academy of
Religion/Society for Biblical Literature conference in Atlanta. The
conference is notoriously enormous – 10,000 delegates was the number I
heard bandied around, and while I didn’t do a head count it does at least
seem plausible. The conference took place in several hotels in downtown
Atlanta, though in some ways it would be more accurate to describe it as
multiple conferences happening in roughly the same area. Never mind the
Society for Biblical Literature: you could spend most of the length of the
conference just reading through the book of AAR abstracts.

My strategy was to go to the panels my friends were presenting on, and to
spend less time in panels than I did taking the opportunity to catch up
with old friends from around the world and finally meet people I’d only
met online. It worked pretty well, for me at least. Social media really
came into its own for me here: in the middle of such a vast and anonymous event it was weird but nice to turn round in the first panel session I went to and realise that half the room was made up of people I’d met, but only on twitter.

I went to a great panel about debt, which dealt with the historical
connection between Christian theology and ideas of indebtedness, a
critique of the demand for Jubilee as a solution to indebtedness, and a
discussion of the role of Christian charity in the questionable pursuit of
microfinance as a solution to global poverty. I presented on a panel about
‘Thinking Critically about the Future(s) of the human’: I gave a paper
about angels, cyborgs and theological accounts of work, while my
co-panelists (including Durham alumnus Thomas Lynch) spoke about religion, hope and nihilism, and messianism and nature through the lens of Ismaili Islam. I finished the conference at a panel on ‘Micrologics of the
Postsecular’ which dealt brilliantly with a huge range of topics, from
creolization to black theology to death, with a discussion of Pussy Riot
thrown in for good measure.

I didn’t enjoy the jet lag, which had me awake from 4am every morning
right through the conference, but it’s good to get out of Durham
occasionally, especially for a city as expansive as Atlanta. The
intellectual stimulation and academic meeting of minds was all very well
but I’d do the whole trip again just for the vegan wings I had in a smoky
bar the night before I came home.

Dr Marika Rose is a former research postgraduate in the Department of Theology and Religion, and is currently Research Fellow in Digital Discipleship and Curator of the Discipleship, part of the CODEC Research Centre in Durham.

Many of us will be attending the annual meetings of the American Academy of Religion and the Society of Biblical Literature, which will be held in Atlanta GA this year November 20-24th.  Now, as a former resident of Atlanta, I can only say that while downtown Atlanta has very little to recommend it, anybody going should think about visiting the Martin Luther King Historic Site.

Anyone getting hungry should get a cab out to one of the following: The Flying Biscuit, Murphy’s or to my favorite mexican restuarant (whose whereabouts I am not betraying).

Any former Durham students or staff, and anybody interested in exploring the possibility of studying at Durham is very welcome at Durham’s own reception, which will be held on Sunday, November 22 from 8:00 PM to 10:00 PM in the Chastain Room I at the Westin Peachtree Plaza.

Lewis Ayres is Head of Department and Professor of Catholic and Historical Theology in the Department of Theology and Religion. 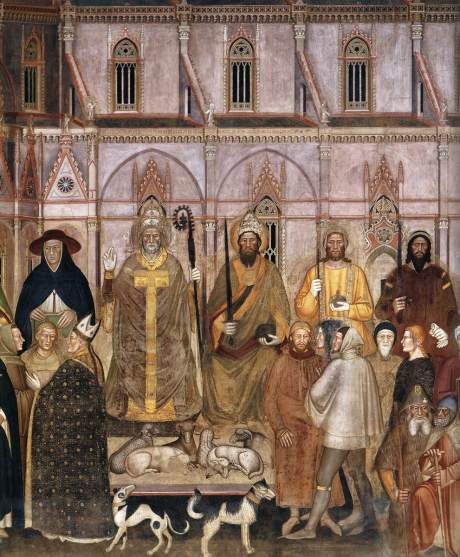 In 1840, American Whig politician William Henry Harrison was battling Martin Van Buren for the American Presidency, Charles Darwin had just published The Voyage of the Beagle, the Queen Victoria Pub‘s namesake was overseeing the expansion of the British Empire, and Pope Gregory XVI was finalizing his decision to name Giovanni Maria Mastai-Ferretti a cardinal, decades before the future Pius IX would lead the First Vatican Council toward the solemn definition of papal infallibility.  The year also marked the first edition of the international British Catholic journal The Tablet.

Widely seen as a preeminent standard of Catholic journalism in the United Kingdom and Ireland, the weekly periodical is currently celebrating 175 years of insight into the church’s inner workings and relationship to the wider world.  One of the highlight events marking the anniversary was a conference held from November 2-4 at Durham University titled “The Spirit of Catholic Renewal: Signs, Sources, and Calling.”

Some of the church’s most influential voices gathered in the Northeastern English countryside to discuss the shifting theological and political currents of our times.  Stanley Hauerwaus, Eamon Duffy, Paul Lakeland, Agbonkhianmeghe Orobator, Anna Rowlands, Tina Beattie, Alana Harris, Timothy Radcliffe, Karen Kilby, Ormond Rush and Myriam Wijlens headed what was a remarkable intellectual marquee to completely sold-out crowds.  Though both Elizabeth Johnson and Cardinal Walter Kasper were unable to attend due to last minute personal issues, their important contributions continued to shape the three days of conversation.  Kasper’s paper was presented by Duffy and Rev. Anthony Currer of the Vatican’s Pontifical Council for the Promotion of Christian Unity.  Cambridge theologian Janet Soskice offered a stimulating response.

The days were incredibly full, with lectures and meetings running from early morning to well into the evening (and usually followed by informal conversation over pints and whiskey until even later).  Various Catholic and Anglican bishops participated in both the liturgies and the sessions, a wonderful sign of collaboration and articulation of the fact that those recognized by Catholics as the authentic teachers of the faith are also excited to learn from others in the church and society. A quick walk through the book stalls attested to the popular and scholarly contributions the attendees and speakers have made to the life of the church in the English-speaking world.

As is commonplace with The Tablet, the participants did not shy away from analyzing the challenges facing the church in these complicated times, both in terms of divisive societal issues and the internal debates unfolding in the wake of the recent synod.  Of course, Pope Francis’s vision of the church’s mission and future loomed large in nearly every session, though the attention to his office and personality was counterbalanced by some interesting points about the “macrocephalic” attitudes toward the papacy in recent centuries when compared to the long history of Christianity. Duffy, Kasper, and event host Paul D. Murray have long emphasized the importance of the local church in ecclesiology, while of course remaining respectful of the papacy’s unique role in Catholicism. According to thinkers in this camp, the Modernist crisis, ongoing ultramontane attitudes, and a pattern of centralizing authority in Rome in the years immediately before and since The Tablet’s founding have given the church an abnormally large “head.” To employ a different metaphor brought to light by Alana Harris, the current pope seems to be inverting the pyramid, especially in terms of his recognition of the role of lay popular piety, the preferential option for the poor, and the sensus fidelium.  As is well known, one of the ancient descriptions of the papacy is the servus servorum Dei, the Servant of the Servants of God.  Many in the church, even among the hierarchy, seem excited about these developments.  While certainly not all agree that Francis’ decisions have been unqualifiedly positive or helpful, most of the participants in this conference agreed that synodal and collegial ecclesiastical structures serve to address pathologies and keep the Body of Christ healthy and relevant to all people of good will, whether believers or not.  In so doing, they further evangelization efforts and the church’s raison d’etre.

It was a wonderful few days, and information about it and relevant resources can be found on the website of the Department of Theology and Religion’s Centre for Catholic Studies, fast becoming the ever-growing hub of academic and spiritual Catholic life in Britain, and one with international ties.

Michael M. Canaris is a former postdoctoral researcher in the Centre for Catholic Studies. He is now Assistant Professor of Ecclesiology and Systematic Theology and Loyola University Chicago’s Institute of Pastoral Studies.

This January the Department of Theology and Religion is holding a colloquium in honour Gillian Rose on the 20th anniversary of her untimely passing from ovarian cancer. Her influence in both theology and social theory remains extensive, reaching from the Radical Orthodoxy of John Milbank to the radical atheism of Slovenian philosopher Slavoj Žižek. However, specific attention to Rose remains marginal.

Rose was by many standards an exception: she studied Philosophy, Politics, and Economics at St Hilda’s College Oxford in the late 60s, going on to complete a doctorate on Theodore Adorno, later to become The Melancholy Science: An Introduction to the Thought of Theodor W. Adorno (1978), recently reissued by Verso. Along with her sister Jacqueline Rose – the literary critic – she was instrumental in the reception of continental philosophy in England from the mid-nineteen eighties onward. She was Reader at the School of European Studies (the University of Sussex) and then Professor of Social and Political Thought at the University of Warwick from 1989 to 1995.

END_OF_DOCUMENT_TOKEN_TO_BE_REPLACED 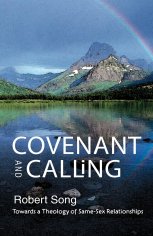 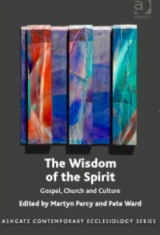